Where is the Charlie Whiting that he sees this! ! ! - 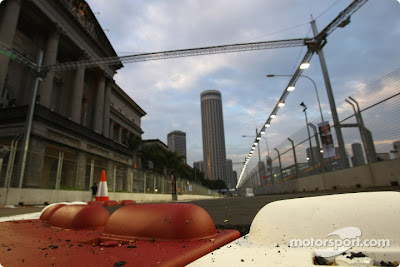 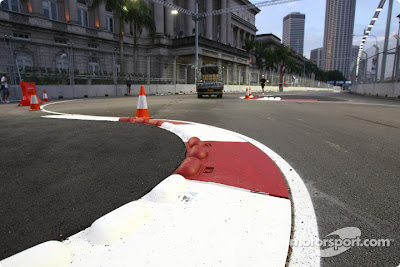 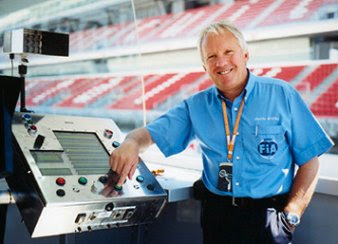 My Opinion: I am not very excited about safety in Singapore think Charlie should have lower these zebras and extending the entrance of the pitlane ... then that the accident occurred this afternoon is there would have to be the real role of FIA ! ! ! 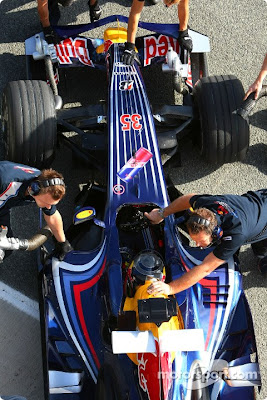 And street circuits are not new to Sébastien Bourdais. The French, Four of the Champ Car, got used to race tracks in urban in its period in the U.S., also doing some tests at night. Therefore, the pilot of the Toro Rosso . On the track, the French showed a single problem. "I was a little worried about the ToneCompany curve 10. I understand why they have placed high zebras and ToneCompany in itself, since there is no area of escape, but still is not good. We had a similar situation in Monterrey, with zebras not so high, and the cars were being damaged at all times, "he compared.

We have not seen Charlie Whiting to talk about it, but I was somewhat surprised. Still, it is to be resolved, "Bourdais continued, stressing also the entry of boxes as another critical point." She looks way tight, and anyone entering the pit-lane can shock with who's faster, since the entry is a sharp curve to the left. "

My opinion: In a new runway Charlie Whiting should have held months before the pilots to see what is wrong and correct listening to people who understand how the pilots not to make mistakes as in Belgium because it involved the life of pilots and billions of sponsors

Posted by Formula1Lionel at 16:45 No comments: Links to this post 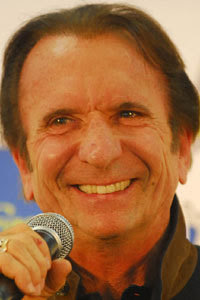 The bicampeão world of 1972 and 1974 said if divided on the penalty that took the victory from the hands of the English McLaren and put in the lap of Felipe Massa, the second placed on the track. According to Rato , "Asks the heart Brazilian punishment, but he does not believe that the maneuver was wrong. "I admit that I was torn. On the one hand, the Brazilian heart speaks loud and supports the punishment. Coldly analyzing Already, the punishment was not deserved. I saw the pictures in 'slow motion' about ten times", and all told 10 times not Hamilton saw nothing wrong was right

"Lewis went on the brake, tire frying, cut the ToneCompany, won advantage and returned the punishment. Only that, 'unfortunately', had a curve at 300 meters away," Emerson continued, criticizing the excess of severity of the current F-1 . "It's too full of rules. That takes the brightness of the show," closed.

Posted by Formula1Lionel at 16:03 No comments: Links to this post

State of the World Council of FIA regrets wrong decision 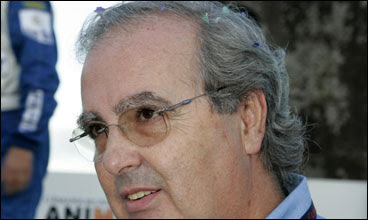 The Member of the FIA World Council today said it regrets the decision of the Court of Appeal of the FIA, which decided today not to accept McLaren's call to reverse the sanction imposed on Lewis Hamilton, which was penalized 25 seconds for her to maneuver in the Belgium GP in Spa-Francochamps. Vasconcelos Tavares argues that the regulations should have a legal oversight, because these are done only by technicians.
"The problem is that the regulations are made by committees of Formula 1, Rally of TT, finally, all terms and then are not seen and reviewed by lawyers. This is a situation for which I already had the opportunity to draw the attention of the president Max Mosley, but unfortunately, it continues to check. That is, with cases like that detects that there are inconsistencies that create unnecessary confusion. " 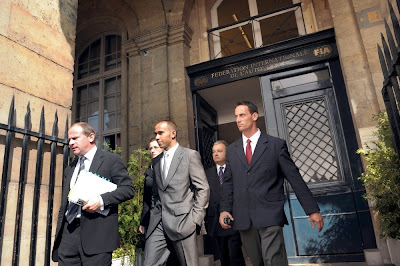 Incredible as the FIA does not use bazes legal to prosecute cases like this ... it uses any lawyer in the world would see that Hamilton was right .. but when Max wants to prosecute someone as was the case of Martin Brando ... Then he uses the system Legal fast ...
Posted by Formula1Lionel at 15:14 No comments: Links to this post