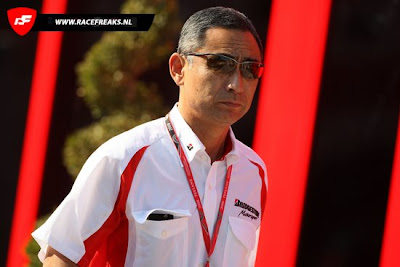 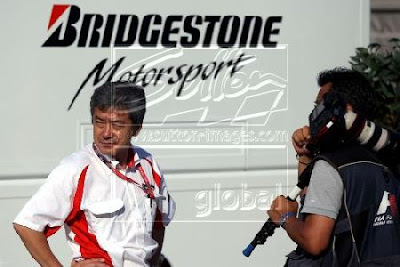 Small differences in the handling characteristics of the McLaren and Ferrari cars could be a major contributing factor in their fluctuating title fortunes, reckons tyre supplier Bridgestone.The pace of the two teams has swung dramatically in the last two races, with McLaren having been dominant in Germany but facing defeat to Ferrari in Hungary before Felipe Massa's late race engine failure.This varying form has prompted suggestions that the way the two cars use their tyres is proving crucial with little to separate the two teams in terms of out-and-out pace.Hirohide Hamashima, Bridgestone's director of motorsport tyre development, is one who is convinced that the differences between the balance of the MP4-23 and the F2008 could explain their form in recent races.In particular, he thinks the understeering nature of the Ferrari could be a major cause of the qualifying issues that have hampered the team's chances of stronger results in recent races."Basically the Ferrari has more of a tendency to understeer than the McLaren," Hamashima told autosport.com. "The McLaren is a little bit oversteery. When the tyre has good grip, the car with the oversteer tendency will be quicker over a single lap than a neutral or understeering car."But when you think about racing conditions - especially with the temperatures we had at the Hungaroring – then an oversteering car will have heat generating at the rear much higher than the understeering car."Looking at Hungary and (Lewis) Hamilton's car behaviour, after a few laps he struggled with oversteer - so he was making lots of counter-steering movements. On the other hand the Ferrari had a good balance after a few laps."That's why the temperature is making a difference."Hamashima has also shed some light on the fight at Ferrari between Felipe Massa and Kimi Raikkonen -- claiming the Brazilian is superior when the car is perfect, but Raikkonen excels when the driver has to overcome some technical deficiencies"When the car conditions are very suitable for Felipe his abilities are 110%, but once the car is not so good his abilities are 90%," he explained. "But Kimi could get the package performance at 100% even if the car condition is not so good."

Posted by Formula1Lionel at 22:12 No comments: Links to this post