Max Mosley and Bernie for many years late ... when Formula 1 was the control and easier 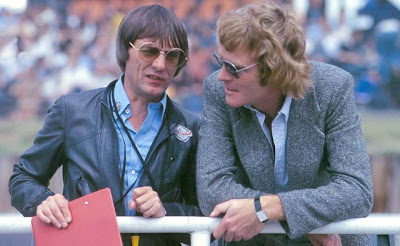 On behalf of a pact of harmony for a better division of profits in the F-1, Briatore and Dennis joined to threaten the boss of the category.
Bernie account as: "Flavio said, 'Do not put our cars on the plane, we will not for Melbourne." Flavio started with that, helped by Ron Dennis.
" Ecclestone then responded: "I got the phone to call people who take care of our freight. I ask for them to clear the aircraft."
Today, Renault and McLaren are present already in the track of Melbourne.
If they come with a gun and put it in my head, they better be sure you can trigger the trigger. And they should make sure they have bullets, because if they will make them better care, "said the boss, rain, full of poise.
the President of the FIA, Max Mosley, who announced a reduction in the price of very expensive superlicenças: After a positive meeting between the FIA president, Max Mosley, and representatives of the GPDA, a proposal will be made at the World Council to review the value of superlicença for drivers in the championship of 2010.

My Opinion: Today seems to be more difficult .... but not ... just follow the morals, good customs, be honest and follow the laws of God .. that's all right. Lionel de Campos Jorge


Posted by Formula1Lionel at 14:54 No comments: