Does Max Mosley will keep the floor and after entry of the teams will talk! ! ! I DOUBT ! ! ! 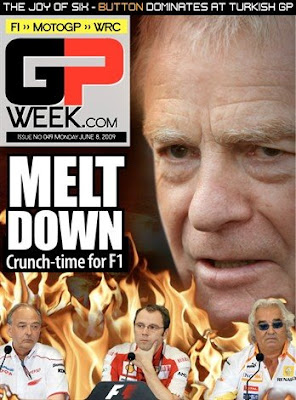 Mosley has shown repeatedly that the world does not open their hands for absurd ideas .... I do not trust .... if the FOTA do with the enclosed registration already spoken brigade and then the rules that the world actually wants FOTA .FOTA supports all .. and in October will have election of FIA - 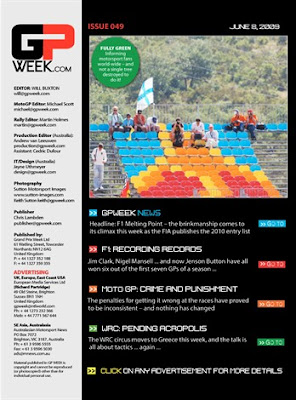 The rules of Mosley is so absurd that they are able to leave the empty bleachers in the new Formula 1 that Mosley wants to create .. 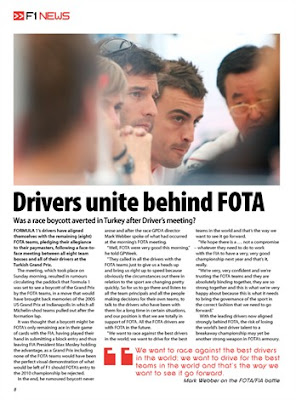 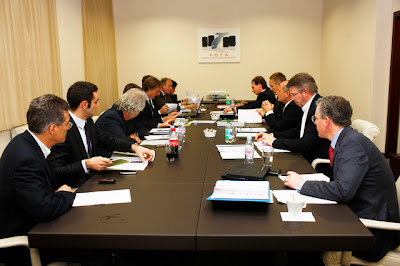 But this Fota reacting very well have 15 channels to receive the new Formula 1 if you continue and shines with its beautiful cars, drivers and sponsors because they make the SHOW , not the president of FIA 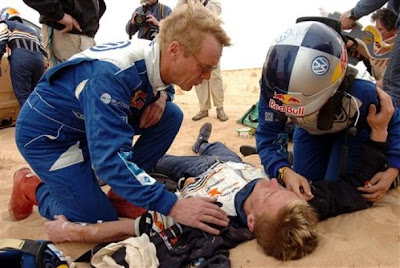 But we have a strong candidate to win the Presidency of the FIA in October and
Ari Vatanen with high political experience after being elected 2 times in
EUROPEAN PARLIAMENT -
This picture was in 2007 when running the Dakar ... disputed that stopped his car
to help his rival French driver Guerlain Chicherit the very human there you
see the qualities of this man ...
Posted by Formula1Lionel at 19:16 No comments: Links to this post Bridgestone has scrapped its policy of leaving a gap between the two types of tyre compounds supplied to Formula One teams in 2009.
At the remaining rounds of the season following next Sunday's German Grand Prix, the sport's official tyre supplier will instead revert to supplying consecutive compounds.
Fernando Alonso had hit out at the situation earlier this year, slamming the policy as in the interests of a false spectacle while making the drivers look "ridiculous".
"We have made the change to the tyre allocation concept based on the data we have collected from races so far this year combined with our knowledge of the tracks we visit for these (next) races," director of tyre development Hirohide Hamashima said.
He said continuing the 'gap' policy would have caused problems at the next five races, including the twisty Hungary and Valencia, cool Spa-Francorchamps and Monza in Italy.
Posted by Formula1Lionel at 19:13 No comments: Links to this post