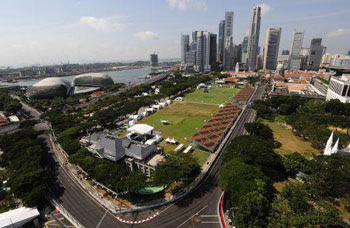 Unfortunately scenes that we will not see more .... perhaps the FIA reconsider and come back the coming year .. the FIA has its reasons there is logical that involves money ... but I think the fan should be better informed because they took the the GP of Canada 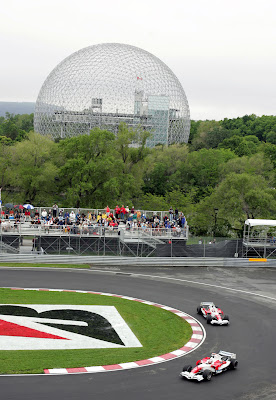 Investing in Formula 1 racing is a good financial deal for the government, despite the high fees to be paid That is the conclusion reached in which a new document search.
The report was conducted by the main sponsor of Renault, ING, and the revised Formula Money. According to data obtained, even with the taxes required millionaires, the economic return is greater for countries and the drives.
The ING Investment Index found that governments invest a total of 275 million dollars (about U.S. $ 510 million) to receive the F-1. By contrast, nations see a return of $ 1.52 billion (U.S. $ 2.8 billion) for its economy as a result of the race.
At the top of the table with the biggest investment is Bahrain, where the local government contributes 45 million dollars for the race, but succeeded in netting 395 million dollars.
The best return on investment was in the GP of Japan in the Far East, the government of Oyama Town contributes only with four million dollars and stage of F-1 benefited the region with 70 million dollars.
CALENDÁRIO DO CAMPEONATO MUNDIAL DE F1 2009

29 Março - Austrália
5 Abril - Malásia
19 Abril - Bahrain
10 Maio - Espanha
24 Maio - Mónaco
7 Junho - Turquia
21 Junho - Grã-Bretanha
28 Junho - França
12 Julho - Alemanha
26 Julho - Hungria
23 Agosto - Europa (Valência)
30 Agosto - Bélgica
13 Setembro - Itália
27 Setembro - Singapura
11 Outubro - Japão
18 Outubro - China
1 Novembro - Brasil
15 Novembro - Abu Dhabi
I understand Marketing world ... and it was very ugly for the FIA not to explaining why he completed convensa Canada and by the public while marketing is very bad ... the world is angry FIA ....
Worst of all was that the Government of Canada today released a note saying that he did not know of anything ... was notified by the press ..... and will try to reverse the decision of the FIA .... I Lionel and the world rooting for GP Canada to return
Posted by Formula1Lionel at 19:56 No comments: Links to this post