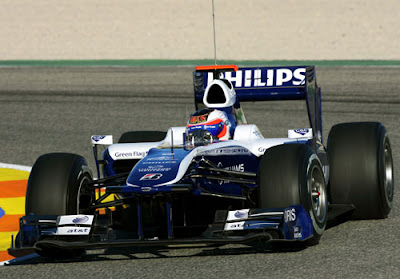 Will Ross Brawn took the lead again and this cath sigh aerodynamics that no one noticed! ! ! With the thinner tires, the tendency to leave the front is clear. Co has said Rubens Barrichello Willians The beak pointed down the Mercedes (against all others who imitated the Red Bull last year) will certainly help support a little more ahead. I do not give 3 races to show people moving around the nozzle. I understand my Tip Aerodynamics and I have a project that makes an F1 car go faster ... much faster interressa who just talk to me
by Lionel de Campos Jorge email lelof1@yahoo.com.br
Posted by Formula1Lionel at 18:21 No comments: Links to this post Posted by Formula1Lionel at 18:21 No comments: Links to this post 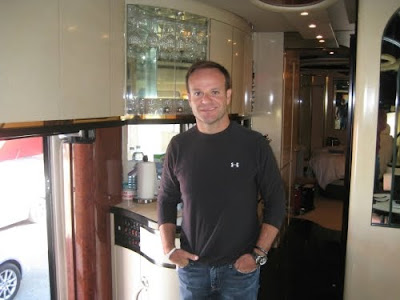 ► Car adapter with Russia's delivery presence of the Autodromo Petrov "People, took a photo of the car Petrov, must itself be at Renault. And I just interview the Rubens," I wrote. While our team was preparing the site as we would publish this, I was eyeing the clock. At 1430, the BMW Sauber would make its official release. "I have half an hour to send the photos to Brazil, write some details and lunch. Do I have time, I thought. Hardly. At 14:26 he was still in front of the computer. I closed everything and ran to see the Sauber launch your car, almost entire white and with little or no sponsorship. Sauber C29 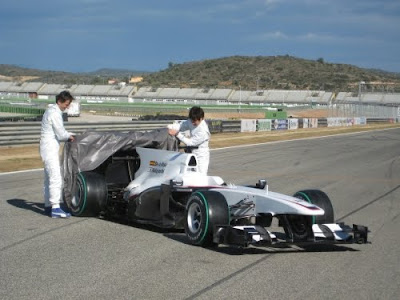 After the press conference of chief Peter Sauber team, the technical director Willy Rampf and drivers Pedro de la Rosa and Kamui Kobayashi, went back to the computer. It was four o'clock already, and no snacks offered by the teams or something. Neither remembered to go look at facilities of Toro Rosso. Not have time. At 16:30, started another launch of Renault. Unable to update the information to the companions of Brazil and you still have time to eat. "You have not eaten yet, bumpkin?" Asked the editor in chief of Victor Martins. "There was not time." It was not his fault, nor mine, nor anyone. - yes, dug. I spent all for the team and sent me back to the track to see the launch of Renault. Expectations confirmed. One of the pilots who took the cloth that covered the new car the team was Vitaly Petrov. Between the two cars made, certainly the most impressive of Renault, which is painted in yellow and honoring the first black model with which the team played an F1 race in 1977. 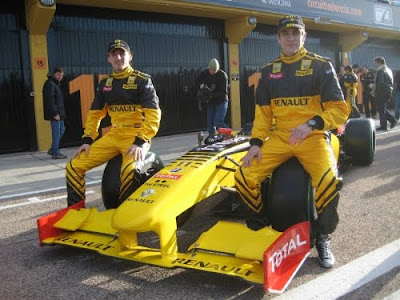 ► Renault launches R30 retro and confirms Petrov as mate Kubica Between the shoot and the first interview, there was a short interval of 20 minutes. "Wow, that good, Renault think of me, I can eat." I spent the photos no time for staff and sent me Pro's restaurant circuit. When I arrived, panting, a woman left the building and said: "It's closed." Did not even ask anything, disappointed, angry and lazy to know why. Point? No. So I decided I would enter the premises of the first team that I saw and ask for something to eat. I lucky. I went into a tent of BMW Sauber and ast a girl if he had lunch. "Lunch? Are already more than five. But wait a minute I make a snack for you." "Make me a snack?". Not believe. I followed the girl into the kitchen, thanking the good work intensely that she had just done. 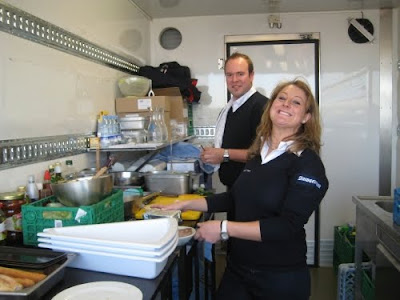 I went back to press room running, because I was at the last minute of the first interview the members of the Renault. I left my lunch on the computer and sent me. After hearing a thousand times the word "business" of Gerard Lopez, head of investment group Genii, who took charge of the team, went to interviews Kubica and Petrov. I talked to both drivers and went back to the front of the computer. Same story: I sent some information pro staff, I sent the photos, and there were already seven o'clock. It was dark, and journalists began to strike camp. My German colleagues, who gave me a ride, I said: "We're leaving in five minutes.'ll Want to go with us?" I said goodbye to the Internet of the tireless companions of the site, got the sandwich I had left the side of my computer and I was eating on the way back to the inn. I learned the lesson. Tomorrow, I'll take a snack in your backpack. THE END.
This report aims to show how suffering reporter to cover Gps congratulation Renault, BMW Sauber, with Rubens Barrichello, the German mechanics for the ride, and especially the work kind of BMW Sauber who received our rookie reporter would like to know your name in providing proper TRIBUTE and say: "WHAT WOULD BE IF THE MEN WERE NOT AS WONDERFUL WOMEN .. IF THEY WERE NOT WE ... .. We would NOT BORN .."
by reporter Lionel de Campos Jorge email lelof1@yahoo.com.br
Posted by Formula1Lionel at 04:44 No comments: Links to this post