Ron Dennis said it did not contain the tears when watching the film on Airton Senna ...

Ron Dennis, CEO and former head of McLaren, admitted on Monday he was thrilled and could not hold the crying when watching Senna, a documentary about the life and career of the Brazilian driver, who died in an accident in the San Marino Grand Prix, in 1994."At times I cried. Some images from the film touched me deeply. We had a very close relationship, fighting only with contracts," said the leader.The film contains images that tell the history of the glories of one of the greatest drivers in Formula 1 history, as well as testimony from family, friends and colleagues, as a former pilot and rival Alain Prost. 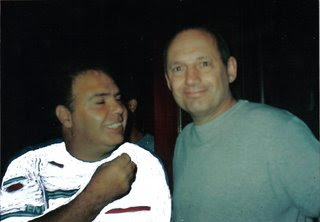 I always very adim Ron Dennis, and I always tell which is the largest employer of all Formula 1 teams the best contracts and closing head being praised by most pilots and mechanics that is for all employees ... and could not be different ... great Men are "emotional" and not ashamed to say ... CONGRATULATIONSLionel de Campos Jorge (journalist) lelof1@yahoo.com.br

Posted by Formula1Lionel at 18:37 No comments: