Viva ..... finally a voice of reason and consistency in Formula 1 DAVID Coulthard wants commissioners standing at the races 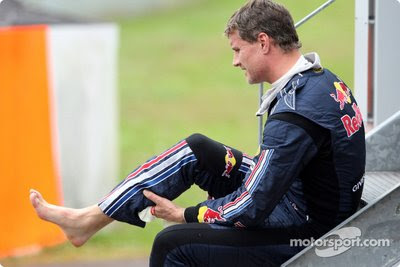 Scottish veteran criticizes punishment to Bourdais in the GP of Japan 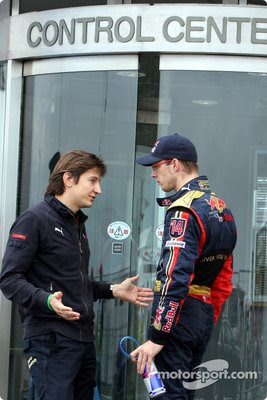 LANCEPRESS !
The controversial GP in Japan, which was marked by various punishments for pilots, still pays the scenes of Formula 1. Who decided to rule was David Coulthard, the oldest driver in activity. For the Scot's Red Bull, the sports commissioners should be the same in all stages of the championship - today, the judge responsible for the incidents of race changing by the evidence.
According Coulthard, a sample test was done the wrong punishment to Sebastien Bourdais in an incident with Felipe Massa. Never heard of a rule requiring the driver to yield when exiting the passage of the boxes. We must go in a way that no unnecessary shock, but we are competing. For me, the best way is to always keep the same people event by event - opined David, In Fuji, there were two other incidents that have caused controversy. At the start, Lewis Hamilton forced the overtaking Kimi Raikkonen on others and forced the pilots to divert not hitting, which had a punishment to English. Then, Hamilton was the victim of a collision with Felipe Massa, who was punished by the commissioners.
And the requirement that we have done here warn that everything is wrong in the FIA these commissioners have to appear for people to see their faces and names and who voted for whom and where possible Commissioners Fixed like David spoke there ... maybe the teams and drivers would have more Sanches to make a championship honest and without errors ! ! ! Lionel de Campos Jorge
Posted by Formula1Lionel at 09:15 No comments: Links to this post