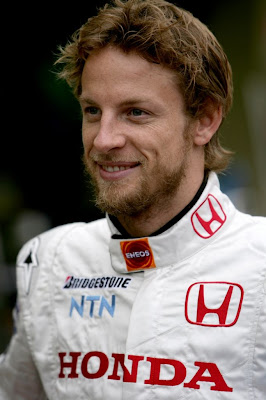 HondaRacingF1.com is giving away two pairs of tickets to see Jenson Button at the 2008 Autosport International Show this Saturday, 12 January.

Fans of Jenson will have the opportunity to get up-close to the Honda Racing F1 Team driver at the world's largest motor sport show in Birmingham, UK, and you could win tickets to be there on the day.

Jenson will be giving interviews on the Autosport Stage in Hall 7 and F1 Racing Car Display in Hall 9 next to the Honda RA107 F1 car, and will then be on hand for a special autograph-signing session on the Driver Signing Stand. Fellow F1 stars Mark Webber and David Coulthard have also been confirmed for an appearance at the show.

For your chance to win one of two pairs of tickets for entry to the show on Saturday 12 January (travel not included), then simply answer this question:

Posted by Formula1Lionel at 18:39 No comments: